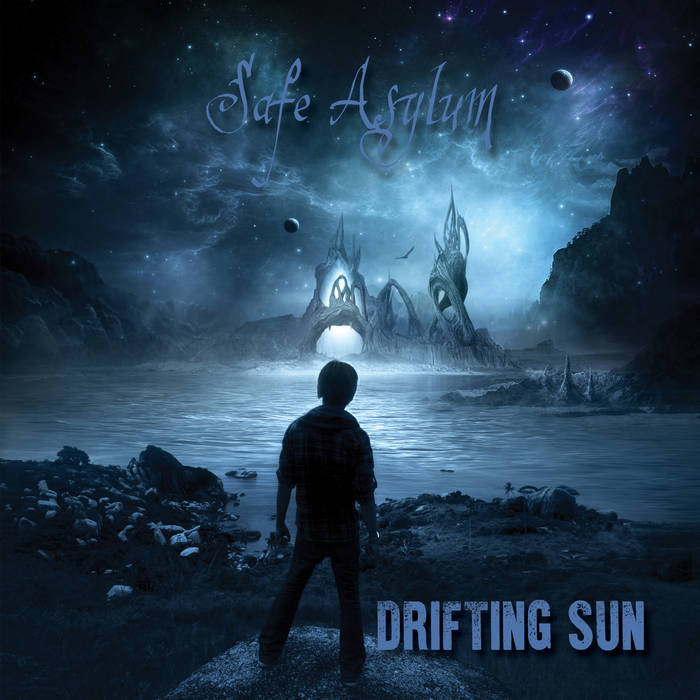 Alrihkh As far as I’m concerned, Drifting Sun are among the best in the prog realm. Their melodic music seems inspired beyond the norm; song structures transition effortlessly~and delightfully~from one segment to another, cleverly expressing any given song’s ongoing, evolving flow. This album is a pleasurable indulgence, one to savour. Very creative and harmonious. Peter Falconer’s voice is wonderfully emotive and captivating, and the songwriting is great. A must buy! Thank you, Drifting Sun! Favorite track: Alice.

Sven B. Schreiber (sbs) Why doesn't this album sell like crazy on Bandcamp?! Maybe it's just too good for this world... I really go for Pat Sanders' songwriting, who's always up for a great melody, and arranges his music with obvious love and skill. This is the kind of neo-prog that will stand the test of time, because it's REAL MUSIC, and not pretentious garbage. Moreover, it's proof that prog is not yet on the way down to decadence. Favorite track: Alice.

Voices In The Net

Drifting Sun’s latest iteration is its strongest, offering much to enjoy for fans of third-wave progressive acts that craft dynamic compositions around strong melodies and prodigious chops.
(Progression/USA)

A very strong album. The interplay between guitar and keyboards is cleverly constructed and beautifully executed, particularly on the epic Intruder, which is a real highlight here.
(Classic Rock Society/UK)

You are in for a treat... Drifting Sun could well be the pioneers of the future for progressive rock.
(Get Your Rock Out/UK)

It is certainly one of the better albums of its type that I have heard in 2016. Ultimately, Safe Asylum is a solid work and Drifting Sun is a band well worth looking into.
(DPRP/The Netherlands)

A must buy.
(The Progressive Aspect/UK)

The quality of the vocals and the good, often complex structure of the songs are great pluses. Certainly an album for you to enjoy!
(Esther's Rock Blog/The Netherlands)

Drifting Sun have delivered quite a work of art, one that will live in the memory for a long time.
(Prog Radar/UK)

One of the finest recordings one is to listen to in 2016, a kaleidoscope of crystalline instrumental interplay and stellar vocalizing, within songs that have both depth, thunder and emotion. Lovely artwork, great sonic production and a truly first rate package. This just might finish on top of my 2016 list, as I would have a hard time imagining anyone else knocking this one lower. It's a 'safe asylum'.
(ProgArchives/USA)

Drifting Sun stand out of the crowd on Safe Asylum with how capably they are able to produce beautiful moments comparable to the most emotive heights that their neo-prog inspirations could evoke at their prime.
(ProgArchives/USA)

Safe Asylum is darker, with longer and more complex compositions... a well-structured album, with beautiful melodies and strong emotions.
(ProgArchives/USA)

A far more adventurous record, but always based on structured melodies to achieve their own unique sound... Safe Asylum will grow on you with each play, and will soon become the ideal companion of your record player!
(Prog Critique/France)

a refreshing sound mosaic... Pat Sanders' decision to reform DRIFTING SUN after a long break was perhaps the best decision of his musical life.
(Profil/Canada)

Strong and diverse songs and tight musicianship are perfectly complemented by the stupendous, crisp production. A highly recommended release for all tastes.
(Odayroxx/UK)

a very serious piece of work that deserves your attention!
(GFreedom Mania/Greece)

Without doubt one of the musical highlights of 2016 so far!
(Background/The Netherlands)

Drifting Sun wonderfully combine story telling with excellent musicianship. The music draws upon some of the best elements of progressive rock of the 70s, 80s, and of today.
(Progarchy/USA)